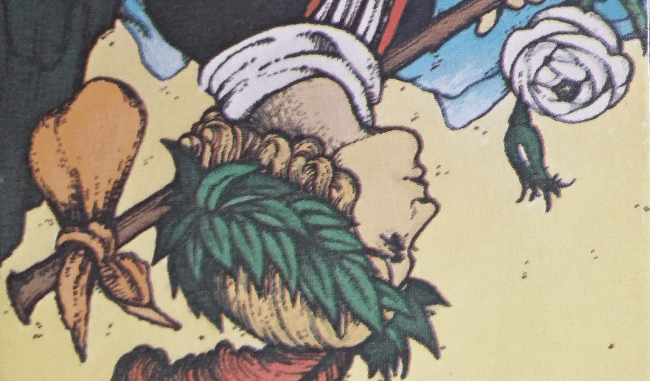 When the (0) Fool comes up reversed the more negative aspects of the arcana are prevalent. Those can be traits such as naivety and carelessness which manifest themselves in the mundane world of affairs as bad judgment, foolish actions that you will come to regret, or failing to “look before you leap.” On the other hand, the arcana may be calling out your “fear of taking action lest others think you foolish, as Elliot Adams explains in his video on the (0) Fool reversed:

I am interested in Bitcoin and am working on risk-free ways to accumulate satoshi without having to invest any cash of my own. I have built up a fair degree of knowledge of how to do that, but today I got greedy and decided to test a site that claims we can quickly and easily earn Bitcoin through arbitrage by exchanging it for another crypto-currency on one site and then exchanging back to Bitcoin on another site. The thing is that it is certainly possible to make crypto profits through arbitrage, but what was supposedly on offer was a quick and easy way to do so.

So I decided to “test” it with $60 worth of satoshi. The first stage of the operation went very well! But the “exchange” did not honour the second part of the deal… I did not receive any of the other crypto-currency. In short, I had been taken for a mug, or a “reversed (0) Fool)”. In these cases I usually do due some research before testing an idea, but for some reason today I simply “gave it a try.” It was only after I realized I’d been had that I googled the offending site to discover multiple posts reporting the site as a scam site!

Well, a fool and his Bitcoin are soon parted. I hope I have learned the lesson of the reversed (0) Fool today! From now on I will stick to my Bitcoin accumulation strategy which is more in keeping with Sunday’s more promising Ace of Pentacles and works well with very little downside risk.