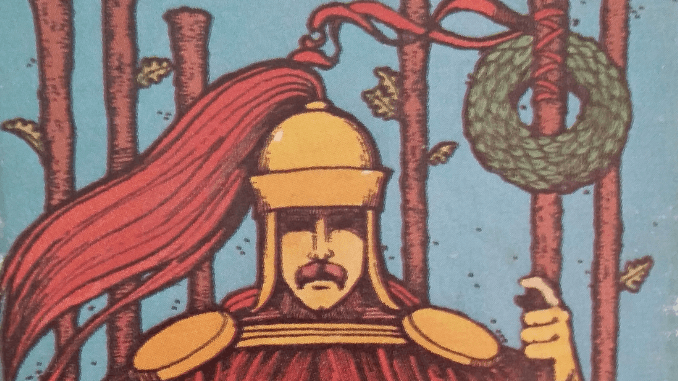 The Six of Rods has appeared for the second time this week, and is the fourth time the suit of rods has been drawn in a week ruled over by the (19) Sun of Trinity and (14) Temperance, whose operations are carried out by fire and water. This week has been one of dynamic movement and activity, and of moving through life with confidence while communicating the value of what has been experienced with others.

This week began with the last two days of the Hiroshima Open Chess Championship. Sunday, where the Six of Rods first appeared, setting the tone for the whole week, did not begin with any literal victories as I lost my first two games playing as Black each time. However, I won my third game, as White and enjoyed socializing with some of the competitors in the evening. On Monday I played better chess, but lost my first game and then won my final game – as Black – against my strongest opponent, Mr. Shintani, picking up what felt like a bonus point to finish the competition on 3 points.

On Thursday the new term at college started, so it was interesting to meet my new students, and although it looks as if one course is a non-starter as nobody has signed up for it, that gives me an opportunity to study chess instead! Today, I met more of my students. I will be teaching the first years “Intercultural Communication” in the spirit of the Six of Rods.

In the evening I played mahjong for the first time this year, and re-connected with the mahjong circle over dinner in the evening. In short, my week has been dominated by the fiery element of action in three areas that I enjoy, teaching, chess and mahjong.