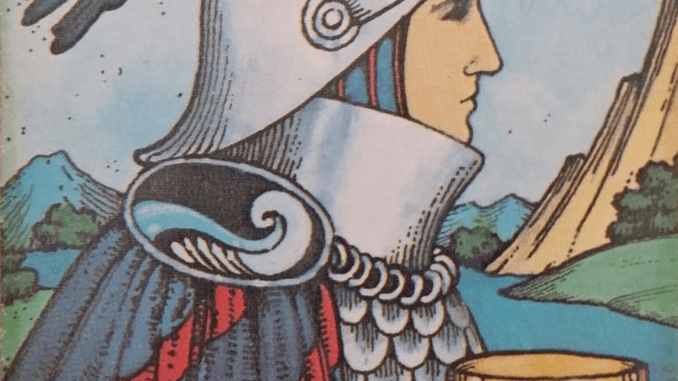 What is our Knight of Cups questing after? Whatever it may be in your case, it lies in the fourth quarter of the year which begins in the coming week and it seems to me that that is where the Knight of Cups has set his gaze. What were your goals or ambitions for the year? I suggest that now would be a good time to assess how much progress you have made, and get ready to press forward in the final quarter of the year.