The Ace of Swords and the Sword of Hermes 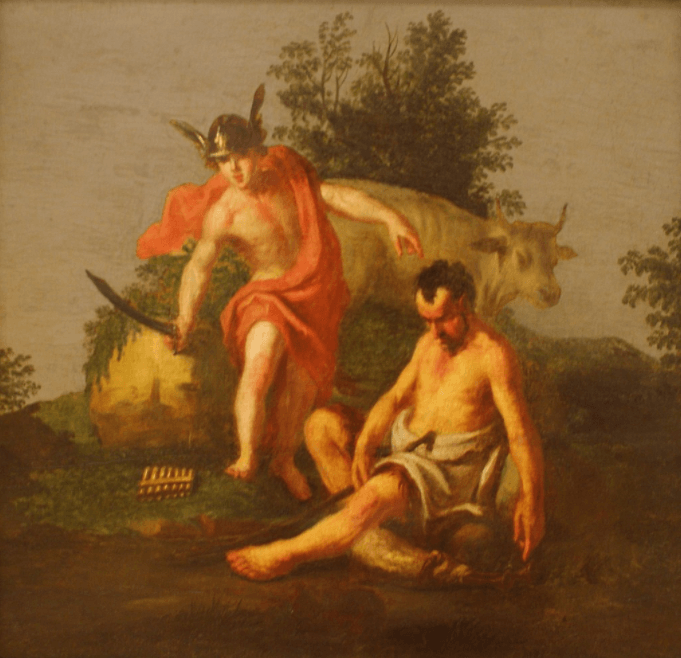 In our method of associating six arcanae of the Tarot with each of the 13 constellations of true sidereal astrology we are able to give each arcana a specific constellation and ruling planet.

The constellation of Libra is associated with the scales of Justice and equilibrium. As an air sign, Libra is one of the constellations ideally suited to the suit of swords, and as a cardinal sign, Libra is allocated the Ace of Swords. The upright sword reminds us of the Sword of Justice that has been added to later depictions of Dike (whom the Romans called Justitia) along with her scales. (Note that Dike became the constellation of Virgo, her scales, Libra). Libra is ruled by Venus, but the ruler of the Ace of Swords in our system is Mercury, whose domain is the element of air.

Why Is Mercury the Ruler of the Ace of Swords?

Even so, it may come as a surprise to learn that Mercury is designated as the ruler of the Ace of Swords. Yet it should be kept in mind that Mercury is not only one of Venus’ lovers, but both the son and the messenger of Jupiter, the God of Justice, of which Jupiter’s daughter Dike is the personification. Thus, in his office as messenger of Jupiter, Mercury may be seen as the deliverer his just decrees.

However, Libra’s scales remind us also of the marketplace where goods are weighed, distributed and sold, and the marketplace is one of the domains of Mercury no less than of Libra.

Did Mercury Really Have A Sword?

Okay, but Mercury is more famous for his caduceus than for his sword, isn’t he?

Well, yes, but that is not to say that Mercury did not go armed with a sword. His sword is more commonly known as “the golden sword of Hermes,” Hermes being the Greek version of the Roman Mercury. It is with this golden sword that Hermes is said to have slain the giant Hippolytus in the war between the Olympian gods and the Giants.

In another instance, the sword of Heracles was a also a gift from Hermes.

On the significance of the golden sword of Hermes, C. G. Garand writes:

Besides being an instrument of warfare the sword symbolizes the concept of truth. Hermes, acting as a messenger between the conscious and the unconscious, had given Heracles the gift he needed on his path towards righteousness, virtue and integrity. In the battle against the giants Hermes had joined the fight using his own golden sword of truth and wearing the helmet of Hades, symbolizing Pluto and the hidden unconscious mind.

The Falcata Sword of the Ovidian Mercury

without delay, with his curved sword he strikes the nodding head where it joins the neck…

One allegorical interpretation of the slaying of Argus goes like this:

… Mercury, the messenger of light (Jupiter) comes to rescue Io (literature) from the prison of Argus (intellectual night), the servant of Juno (riches). It is he who breaks the fences, unblocks the circuits, and restores to circulation the knowledge hoarded by the guardians of the established intellectual order (Argus).

This interpretation nicely combines the two aspects of Mercury as the messenger of Jovian justice and the god of trade and circulation, whether that be trade and circulation of ideas in the intellectual marketplace, or of goods and services in the mercantile one. In this combined office, Mercury works as a liberator of the mind and the market.

Mercury and the Ancient Harpe Sword

Mercury is also said to have given Perseus a sickle-shaped sword, which sounds rather like the falcata sword that he used against Argus. Actually, that sword may have been passed from Jupiter to Perseus via Mercury, and it may have been a rather odd looking harpe which predates the falcata and is a combination of a sword and a sickle, which is why the sword of the Canova statue of Perseus with the Head of Medusa has a sickle-like extenstion.

Clearly, no matter what form they take, our Mercury is no stranger to swords whether as gifts or as lethal weapons, and an apt ruler of the Ace of Swords.