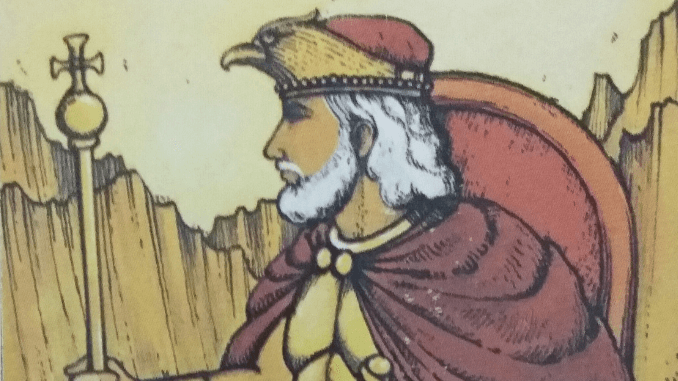 (4) The Emperor suggests the theme of this week is one of laying the inner foundation and of being aware of what one’s own boundaries are in this Lenten season of (9) Hermetic withdrawal and (14) Temperance.

The Daily Stoic: Find Yourself a Cato

In The Daily Stoic Ryan Holiday gives each month of the year a theme in his daily readings of the Stoic philosophers. The theme for March is Awareness and today’s reading offers some guidance in thinking about the influence of (4) The Emperor on the coming week:

The soul should have someone it can respect, by whose example it can make its inner sanctum more inviolable.

Seneca tells us we should each have our own Cato – a great and noble person we can allow into our minds and use to guide our actions, even when they’re not physically present. The economist Adam Smith had a similar concept, which he called the indifferent spectator. It doesn’t have to be an actual person, just someone who, like Seneca said, can stand witness to our behavior. Someone who can quietly admonish us if we are considering doing something lazy, dishonest or selfish.

Who better than (4) The Emperor to symboize that role?