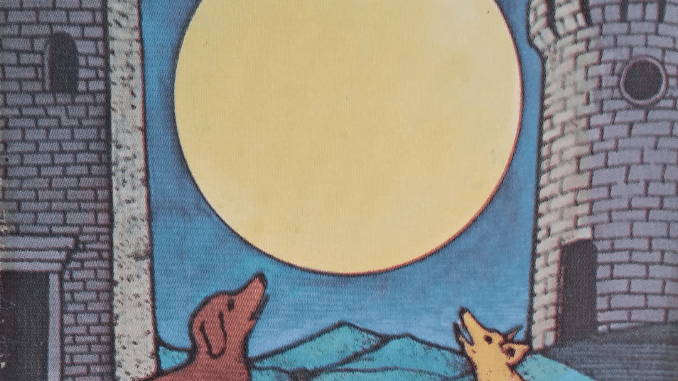 This week marks the beginning of Trinity – the season of the (19) Sun – along with the longest day and the sixth (“strawberry” or “honey”) full moon of the year. This week is therefore the week of greatest light in the whole year, and for several years. Last year the full moon was on June 28th, the week after the longest day, and next year the full moon will fall on June 6th. This is the week, then, when the (18) Moon pours upon us her most intense illumination through the reflected light of the summer (19) Sun. This year’s strawberry moon rises in the fiery and energetic sign of Sagittarius, under the influence of beneficient Jupiter. On Tuesday, the influence of Mercury and Mars will be apparent as they will appear close to each other.

The Waxing Moon And Saturn

However, today it is Saturn that appears closest to the (18) Moon, which suggests that the moon, as it waxes to its fullest extent, tempers any Saturnian malevolence with solar energy and the influence of the other planets visible in the sky at this time. In his excellent treatise on Marsilio Ficino – The Planets Within – Thomas Moore explains this operation of the (18) Moon in these terms:

…it seems that our lunar nature, the gateway to embodiment, must essentially take a receptive and reflective stance. Personality and all the moist aspects of life reflect the deeper sources of spirit and channel these spirits into personal life. There is something essentially indirect about psychological awareness and “action.” Ego does not take the initiative except to prepare itself to receive the spirit. In this sense the constellation of lunar consciousness might temper the tyranny of the usual Saturnian ego, which always wants to build and rule. One of the two feminine planets, Luna offers a necessary complement to ego’s potentially useful but easily destructive Saturnian tendencies. Open to the influence of Luna, the ego would by nature receive energy and direction from the depths instead of the surface, and those depths would be varied, for Luna channels the spirits of all the planets through her zone.

Thomas Moore, The Planets Within: The Astrological Psychology of Marsilio Ficino, p. 161