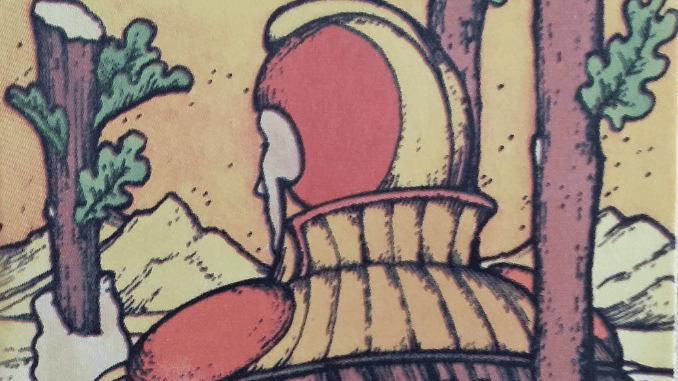 When the Three of Rods appears on a Saturday it is almost as if we are turning from what has been accomplished in living through the events of the week and casting our gaze forward to what is to come. It is as if we have landed on the shore that the boatman of the Six of Swords was punting his boat towards, having rescued the woman of the Eight of Swords, whose claims upon our attention were most pressing in the second half of the week, from the clutches of (13) Death, which we now prepare to encounter again in the liturgical year, having passed through the arcana of the (12) Hanged Man, as we look forward to the thirteenth week after Trinity.