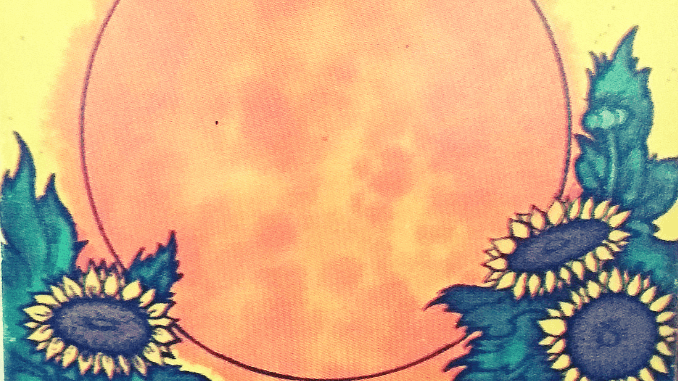 Six minutes and fifty seconds into his monologue on the (16) Sun arcana in the YouTube video I have posted below, Swamiji Nisarg describes the wall behind the figures as being all that remains of the (16) Tower with which this week began. Here is what he says about the process of transformation from (16) Tower to (19) Sun: