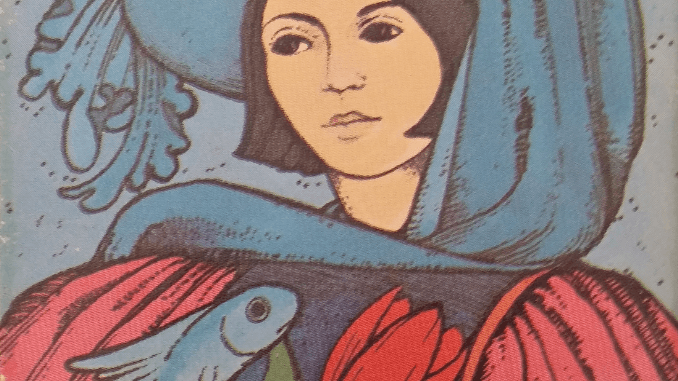 Saturn, whose day it is today, may have something to say about the playful and imaginative power of the Page of Cups. Saturn seeks to impose structure and to lay down the law. The playful explorations of the page may therefore come in the form of lessons to be learnt or serendipitous discoveries from which new insights into the structure of things can be discerned.

Certainly, in my case today, I was contemplating the (7) Chariot in preparation for the Seventh Sunday after the Trinity and found myself puzzling over the use of the word “ascensum” in the Vulgate version of the third verse of the 103rd [104th in the KJV] Psalm. The usual Latin word for “chariot” that you will find in the Pocket Oxford Latin Dictionary is “currus,” or “essedum” for a war chariot, with no mention of “ascenum” at all.

So, fortified with a glass or so of a cheap Sicilian white called Corale Catarratto, I went on a cheerful and quixotic journey of discovery on the Internet. Up popped a peculiar fish in the form of Jean-Jacques Le Franc de Pompignan (1709-1784), who worked with Hebrew and Greek as well as Latin to create poetry based on the language of the Psalms, including the third verse of the 103rd Psalm:

As I continued my researches, I also began to puzzle about the use of the verb “ponere” which is translated as “maketh” in the King James Version, but does not appear as an option for “make” in my Latin dictionary.

Then I came across a useful dictionary of the Psalter that gives every word used in the Vulgate Psalms and explains in detail the peculiarities of Vulgate Latin:

The result of my playful researches was to compose the liturgical affirmation for the Seventh Sunday after Trinity.